Better knowledge of drug function increases the likelihood of producing safe and more effective drugs. What limits a drug’s potential for success is either lack of safety (early clinical trials) or lack of therapeutic effect (later clinical trials). The more you know about the function of your drug, the more likely you are to have a successful clinical trial and establish your drug as a profit-making standard treatment.

Many drugs inhibit the immune system. This can be studied by introducing a broad stimulus (e.g. a low dose of LPS) or a target-specific stimulus (e.g. an agonistic T cell specific antibody) and observing whether the drug inhibits the immune activation of that stimulus. The variety of readouts can be included to characterize the immune profile for the inhibitory response such as: cellular activation, cytokine release, complement activation etc.

Antibodies produce a therapeutic effect by binding target cells, which has a net effect that may be antagonistic, agonistic, blocking or cell-depleting. When a target cell is bound by a monoclonal antibody, two mechanisms can lead to the cell’s death: antibody-dependent cellular cytotoxicity (ADCC) or complement-dependent cytotoxicity (CDC). Our platform allows these mechanisms to be studied simultaneously, which is unique in preclinical testing. The responsible killing mechanism can thus be identified for antibodies known to result in target cell death, simply by specifically blocking one mechanism or the other. The activation profile of the effector cells can be combined with viability monitoring of the target cells 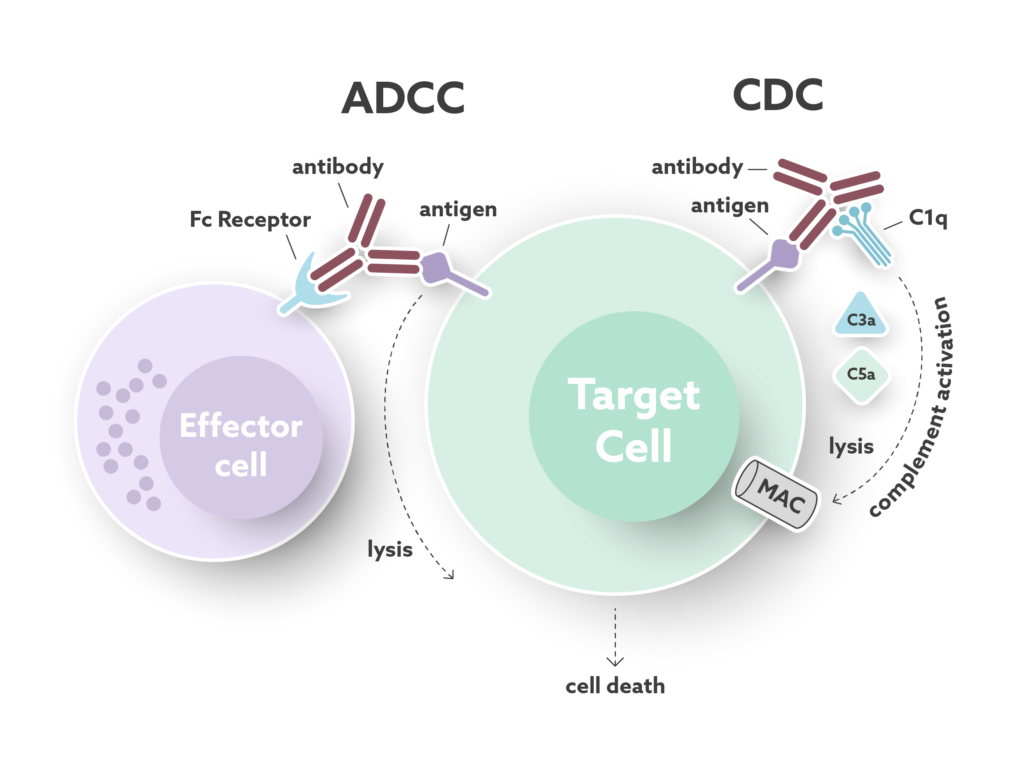 Request a quote or more information on our mode-of-action studies.