Immuneed's platform, ID.Flow, is based on fresh, circulating human blood and is unique in having an intact, and active complement system. 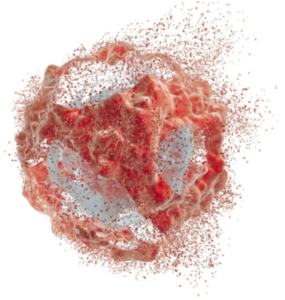 Complement activation or inhibition could have an influence on your drug’s function, whether you anticipate it or not. The human complement system comprises upwards of 40 proteins. Although small, these proteins can trigger a massive immune response, starting a cascading reaction that stimulates phagocyte activation, inflammation, and membrane attack complex. In a clinical drug trial, they can be the source of significant infusion reactions, such as hypersensitivity reactions caused by the complement system.  These include reactions based on complement-dependent cytotoxicity (CDC), which can be prevented through antibody modification. But they also include reactions based on antibody-dependent cell-mediated cytotoxicity (ADCC), which is frequently overlooked. The latter can occur via the alternative pathway, which remains active even when the classical pathway has been blocked. By including complement evaluation in your preclinical testing, you get the full picture.

Why it’s important to test on fresh human blood

Tests based on plasma from rabbits or other animals are limited in what they can reveal. Likewise, in vitro testing in animals – including apes – is an imperfect analogy for a human environment. If using human blood is important, so is choosing a test environment that’s as similar as possible to the human body. Whole blood is a more realistic and relevant environment than plasma. However, whole blood assays require high levels of anticoagulants which result in partial inactivation of complement and coagulation. Immuneed’s platform, ID.Flow, is based on fresh, circulating human blood and is unique in having an intact, and active complement system. 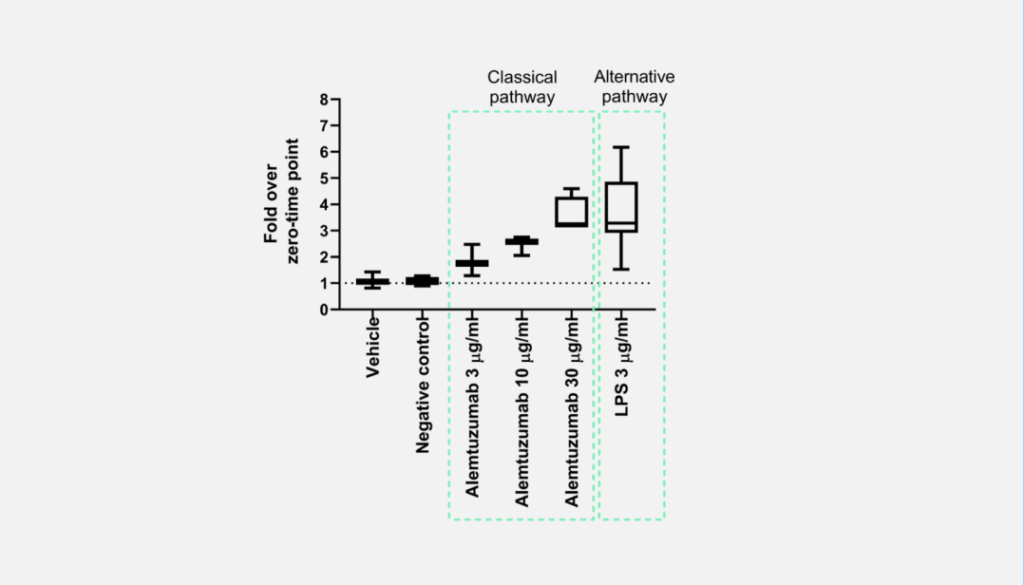 Your drug is infused into fresh human blood in circulation.
Read-outs are taken to perfectly mimic the clinical situation of infusion reactions.
The multiplexing platform from MesoScale Discovery (MSD) is used for analyzing the samples.
The MSD platform supplies over 100 validated immunoassays that deliver reproducible and reliable results.

Have a project or a question? We'd be happy to hear from you.

Five-step guide to improving preclinical testing from a complement perspective. When evaluating drug function and safety, don’t overlook – or underestimate – the complement system.

Detect any potential drug impurities and understand the safety profile of your drug.